"I am the campus supervisor in charge of all the cleaning in the University. The waterless urinals were installed in the food court last September as part of the University’s Green Impact initiative.

They were installed while I was on holiday. When I came back everyone was gushing about these waterless urinals but I was very sceptical. I thought there was no way that they would work, that they would stink and so on, but they’ve been absolutely amazing.

I’m a massive convert – if I had my way they’d be installed all over the campus."

"I can’t believe how fantastic they are and that they work so well without needing any running water. They always look clean, they always smell clean and they’re 100% easier to clean because there’s no water going into them."

Much easier to clean

"Cleaning them is so much easier than cleaning traditional urinals, and more efficient too. I can’t believe how long the cleaning fluid lasts for. I thought we’d go through bottles and bottles of it but we don’t.

With traditional urinals you often have a constant trickle of water through them which means you can get lots of problems with limescale and other marks which can be really difficult to clean off. You don’t have any of these problems with the waterless urinals. They’re much easier to clean and, importantly, they always look clean too."

No more blockages or flooding

"We used to get a lot of blockages in traditional urinals on campus and they can cause all kinds of problems but we haven’t had any of that with the waterless urinals.

The traditional urinals run on battery sensors that regulate the flush. From time to time the battery runs out and if the guys don’t spot that on their check then they don’t flush at all for a few days which causes huge problems with odour. It’s not an issue at all with the waterless urinals.

Similarly, we used to get overflows and floods caused by blockages in the traditional flushing urinals. These can be hugely damaging. If they happen over a weekend then you can come in on Monday and find that you’ve got a ceiling down on the floor below. Again, the waterless urinals remove this problem completely."

"I’m converted. If it was up to me we’d have them all over the campus. It’s such a big difference – if you go in the gents now it alway smells lovely and looks so clean.

We have an external cleaning company that does most of the cleaning on campus. When we first installed the waterless urinals we put one of our own cleaners in to clean them, our team leader trained her on the correct method and then trained the external cleaners. They all picked it up straight away. They’ve had no problems with it and they never get mixed up.

The feedback from the cleaners is really positive. They find the waterless urinals much easier to clean. You just spray them and wipe round – no more scrubbing or rinsing."

"We’ve put a sign up explaining to the students what the waterless urinals are about. A few found it strange at first but the only comments we get are about how great it is that the urinals don’t smell like they used to."

For more information do not hesitate to contact us directly on info@technogreen.lu

3 reasons why water conservation is so important 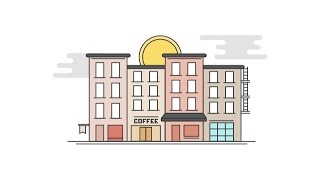